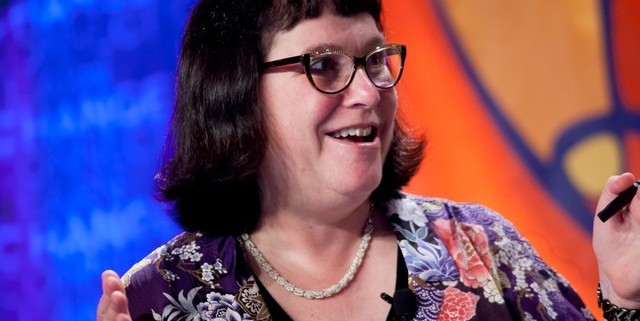 Beth Kanter is a non-profit consultant insofar as communication strategies and social networking go. Her work is also her mission. She travels around the world to help NGOs shape their structure around web 2.0 features, i.e., participation, transparency, and horizontal relationships. During the Internet Festival in Pisa, Kanter will deliver a keynote on networked nonprofits. In the meanwhile, we are sharing with you a summary of the interview featured in our e-book.

If non-profits had a ‘ guru ‘ to represent them, it would be Beth Kanter. She has over four hundred thousand followers on Twitter, and was named “one of the most influential women in technology” (Fast Company Magazine, 2009) and “voice of innovation for social media” (Business Week). She is the muse invoked by communicators and social media managers when trying to implement innovations in communication strategies within NGOs. In addition to being the author of a very popular blog about “how nonprofits can use social media”, she is a researcher for the David Lucile Packard Foundation from 2009. She also was the 2010 Society of New Communications Research Fellow. Training is her passion. “I like to teach how to use online social media to bring about off-line change” she muses during an overseas skype call whose purpose was to understand how to become gurus in this industry.

A passion for change

“I started working with nonprofits more than 30 years ago,” says Beth, “I have done consulting since 1985. In the 90s, I realized the internet could be a crucial tool for my mission. I started my blog ten years ago and now am co-author of various books on the topic.” The best known among her books might very well be the one released in 2010 along with Allison H. Fine, another very well known consultant and nonprofit blogger. The title, “The Networked nonprofit. Connecting with social media to drive change“, is, in and of itself, a masterpiece of synthesis. Whoever wonders every day what to do of his Facebook page and Twitter account now knows how the answer is about getting your nonprofit connected via social media so to be able to drive change. Easy, right? “Nope! It is definitely not easy. Also, there are strengths and limitations to this approach” Kanter concedes “If at first nonprofits don’t see results they become skeptical, and unwilling to do some long-term investment. However, change does take a long time, and is a laborious process. ” Kanter calls it ‘ resistance to change ‘ and is very common, especially in organizations that have been a “fortress” for quite time. Organizations-fortress contrast the idea of “networked” nonprofit. They are hierarchical, and display information control and fear of interference from outside. It is easy to understand why the internet revolution put them in crisis. Nobody can survive the web if having an attitude of closure and “sooner or later they need to adapt if they want to be competitive ‘ Kanter warns. Because “funding is increasingly scarce” (nonprofits know!) “organizations will need to become good at finding individual support. The way to get this done is to be present where other people are, therefore not having a definite online presence on social networks today is a liability”. 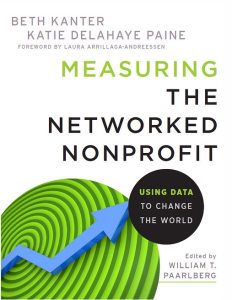 From fortress to networked

At the polar opposite of fortresses we have the networked non-profits.  They are collaborative and transparent organizations used at bottom-up decision-making, which gives a lot of leverage to their supporters. As a general rule, the fortresses were founded many years ago, their leadership has not been renewed, whereas networked nonprofits are young, innovative and open. The latter were started few years ago and have the striking advantage of a very lean structure, just like the web. An example of an NGO able to turn from fortress to networked is the American Red Cross. Severely criticized in the aftermath of Katrina, its leaders responded by hiring a social media expert to handle bad opinions of bloggers and increase transparency. By pulling an extra effort in listening to and monitoring twitter and blogs, the Red Cross has managed to reverse the situation and win $ 50K from the Western Union Foundation thanks to the likes of fans on facebook.

To read the whole interview download the ONG 2.0 Ebook for free

ICT for farming: videos and SMS to protect livestock in Senegal