I have always believed that education plays a key role in development cooperation projects if you want the beneficiaries to acquire the needed skills to make sustainable the achieved objectives.

In the GIS sector you often face a poor habit to read a map or a satellite image (such as Google Earth service for example) due to the fact that in many developing countries the study of geography, pick up a map and play or the possibility to see your own city from the sky are not always common and widespread activities. I often, too often, unfortunately encountered that locals, including technical staff, knew very well how to go from point A to point B but they met insurmountable difficulties to retrace over a map the route they walked.

The project gvSIG Batovì, started in Uruguay in 2011 with local government support, has tried and managed to teach geography in a funny way through an open source GIS solution to a large number of students aged 10 to 18 years from rural areas. The idea is as simple as brilliant: from one side to release a GIS software “made for adolescents” with nice and non-academic icons as to make the study almost a game; on the other side train teachers in order to easily produce “packages” of maps and images that can be shared with and among students that, almost playing, manage to learn both the geography and GIS fundamentals by using dedicated tools made easier and more user friendly than the ones available in the official professional versions. The required computer to run this program do not have to be necessarily the most performing ones available on the market making this solution affordable at low by the training structure and / or by the government involved. The success of this initiative is confirmed not only by the blog where news are regularly published but also by the recent attempt to broaden the initiative by Uruguay to the rest of the world through a sort of evolution of gvSIG Batovì: gvSIG Educa. 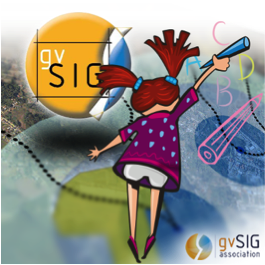 It is an Open Source GIS prototype specifically conceived for primary and secondary school, officially presented during the recent 11th Edition of International gvSIG days in Valencia, which expands the ability to upload and share information from trainers, increase the number of extensions to be used to “play” with geographic data, and overcomes the limitations related to the non-standard operating system of gvSIG Batovì.

This is certainly an interesting educational tool with great potential for use in the international cooperation projects for being multilingual, multiplatform, and especially open source but, like all prototypes, it needs to be tested to be improved. For all the person and companies that wishes to use it, test and contribute to its development in the framework of their projects and activities, it is possible to get in touch with gvSIG Association developers to receive all the necessary support.

Is mobile money really the key of financial inclusion?

OpenStreetMap: the simple map that became a global movement
Scroll to top