Few days left and the ICT Innovations for Development online course will continue. The fourth module “ICT for Education” will kick off onThursday the 5th. Meanwhile, let’s see what have we gone through during the third module, “ICT for Mapping and Emergencies” with Nama Budhatoki , finished few days before the holidays. Examples, tools and practices have been the core of the four sessions.

Mapping can be an essential activity during an emergency since it can provide useful and precise information aimed at coordinating available resources and provide assistance to the affected population. How can this be done? “How can you collect massive and rapidly changing geo-reference data? How do we engage citizens, youth and self-organizing groups along with formal agencies?” These are some of the main challenges faced in the aftermath of an emergency such as the earthquake that hit Nepal on the 25th of April 2015.

These challenges can be solved providing a useful service to the affected population. To understand how this can be done, the first session has shown to the participants how mappers reacted after the earthquake occurred in Nepal. As you can see in the picture below, many volunteers (nearly 9000) mapped Nepal after the natural disaster.

Hence, information could be quickly provided to the relief organisations and the central government that had the chance to speed up their planning response. Locally, mappers could join the Kathmandu Living Labs organisation that uses open data to map Nepal’s territory since 2012. Thanks to instruments like OpenStreetMap, volunteers were able to quickly map those who were needing food and other basic necessities and also where the displaced people camps were.

Knowing OpenStreetMap and start practising with this platform has been the focus of the second session of the module. Participants had the chance to use it and get feedback from the lectures but also from the participants themselves. Created in 2004, OpenStreetMap (OSM) is today one of the most used online platform aimed at mapping the world freely and openly. The platform, “of the community, by the community, for the community” today counts around 3 million people and it plays a crucial role when it comes to providing and obtaining precise geo-information about a specific region. See, for instance, how the city of Kathmandu can now be known compared to some years ago when OSM did not and could not exist.

Everyone can open a free account and start mapping from any place in the world that you know well to improve the so-called “social mapping” by means of collection and storage of information that can be downloaded afterwards.

Which information do affected people seek and how do they get them? This challenge has been faced right after the earthquake in Nepal through a research that made possible to know what people were looking for, how they communicated, how they looked for information before and after the earthquake and whether they were aware of useful ICT technologies useful in an emergency situation. According to the research, during the first week after the natural disaster, the main information people wanted were: know where the closest shelter was, the state of their relatives and friends, aid distribution system and how to get food and water.

Moreover, people communicated mainly by means of mobile call, especially in urban and rural areas. In semi-urban areas, face-to-face communication was more common. However, a lot of people did not communicate with agencies and government institutions due to the fact that people did not consider this as a useful information source. On the other hand, actions taken from realities such as Kathmandu Living Labs, made 2000 engineers go around the country to get data and information about damages and people’s needs for a research period of 4 months. These data are being used then in the reconstruction process. This proves how big entities (the army, for example) and relatively small one such as Kathmandu Living Labs can work together using ICTs in these times.

“How to motivate and engage people to use ICTs to provide information in crisis situations?” This is a technological and cultural challenge discussed in the last session of the module. Everybody today, with not necessarily high technical skills, can contribute to the whole society by means of ICTs providing information with respect to their expertise area. Moreover, a volunteer can learn a lot, in a creative and entertaining way, from different perspectives: geographical, technical but also about the context they are working in. Voluntarism has been widely studies and the literature has shown how this can contribute to a personal enrichment in different ways. Even more, voluntarism can make people achieve their own goals and strengthen social relations and local cohesion. Today, ICTs give a new volunteering chance. Mapping is one of the services that can facilitate social actions in both normal and critical situations. 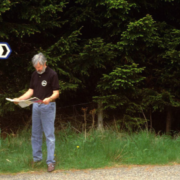 Where am I? Journey to the origins of geolocation 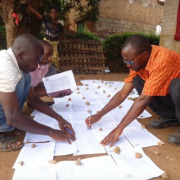 OpenStreetMap: the simple map that became a global movement
0 replies