In the last years, financial Inclusion –  provide banking services to a larger number of users – belongs to the development agenda as a crucial element supposed to improve the financial requirements of those people who don’t have access to traditional financial services and eradicate poverty. That’s why we have seen a boom of new realities based on digital services that aim to go where traditional channels can’t.
However, as Gianluca Iazzolino – postdoctoral research fellow at the University of Oxford on media and democracy and consultant for the Mobile Money for the Poor (MM4P) program at UN Capital Development Fund (UNCDF) – tell us, “mobile money services can actually be dangerous in the moment in which they create new exclusions instead of inclusions”. Given the importance of the financial inclusion and its important digital part, Ong 2.0 offers a module on this theme, taught by Iazzolino, within the course ICT Innovations for Development. 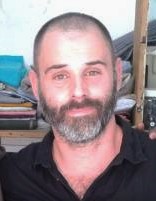 Iazzolino warns us about the risks of the sector. “Today” Iazzolino tell us “the actors that provide digital financial services don’t limit their action only to mobile money (the digital transfer of money by means of mobile phones) but they tend to offer more services such as insurances and loans“. The reason is simple: these services entail larger profits to the operators that provide them.

The risks of the system are several and lead us to a current hot topic: the circulation  and availability of a huge number of data. The financial services mentioned before make the tracking of the user’s data possible. Consequently, the fintech companies can have a precise knowledge of the client’s credit score (the creditworthiness of a person). “The new excluded are therefore those who don’t have constant revenues coming from informal channels, as often occur in African countries realities“. Those who are invisible and don’t produce data might be excluded from a policy, for instance, because they are not considered.
Similarly, Iazzolino explains, independent operators of this business is realistic only for people who already run other activities. For example, in the over the counter (markets not regulated according to the official rules of a specific area) remittance business, the intermediary agent between the user and a company is often a person who already manage other enterprises and who can afford longer-term investments.

The pursuit of profit, as already mentioned, is a basic element for the development of new platforms. But, the incomes barely go to the areas in which these platforms work. Look, for instance, at M-Pesa. This is a service that allows payments and money transfer through mobile phones. Today M-Pesa is a solid reality that works in many European and African countries. Safaricom, a communications company, launched the platform some years ago. Vodafone is the majority shareholder of Safaricom, based in London, where the larger revenues go.

The potentialities of the digital financial services can reach a lot of levels. For instance, government-to-person payments  are becoming more popular. Through this system governments can pay, for instance, salaries and retirements benefits of their citizens, decreasing the transaction costs. The authority and role of the state have to be clear. Otherwise, some services could be in the hands of powerful actors that stand between the citizens and the state in an intermediary layer. For instance, MasterCard has realised the opportunity coming from the identity cards in Nigeria, the most densely populated country of the African continent.  Similarly to other countries, a lot of people don’t have documents due to weak register offices. Therefore, MasterCard agreed with the Nigerian government to release 120 million of National Identity Smart Cards that allow people to have a document but also to make payments. On one hand, these companies help governments to overcome such a big issue but, on the other hand, “these systems can give incredible power to external actors that can keep in check a state“.

These projects look at the so-called bottom of the pyramid, the poorest and largest global group. People belonging to this group do have bargaining power, knowledge and entrepreneurial capacities. What is still missing is the market. Iazzolino moves our attention to another curious point. “Interestingly, the financial inclusion is part of the development agenda since the Maya Declaration, occurred in 2011, a year in which it was very clear how the markets of the north were saturated while the south ones are still explorable“.

“To know the technological tools that make the financial inclusion possible is necessary in order to understand how we  can set a flexible system that looks at everybody’s needs”. We have to face the discussion now since the fintech industry is increasing every day and the paradigm has to be fixed. To know specific cases, design money transfer strategies helpful for the development strategy and understand how financial inclusion can really reach everybody are some of the aspects that Gianluca Iazzolino will present in the module “ICT for financial inclusion“.