Imagine you’re a refugee leaving home for good. You’ll need help. But what you ask for today is much different than it would have been just 10 years ago.

“What people are demanding, more and more, is not classic food, shelter, water, healthcare, but they demand wifi,” said Melita Šunjić, a spokesperson for the United Nations High Commissioner for Refugees.

Šunjić began her work with Syrian refugees in camps in Amman, Jordan. Many were from rural areas with basic cell phones.

“The refugees we’re looking at now, who are coming to Europe – this is a completely different story,” Šunjić said. “They are middle class, urban people. Practically each family has at least one smart phone. We calculated that in each group of 20, they would have three smart phones.”

Refugees use their phones to call home and to map their routes. Even smugglers have their own Facebook pages.

“I don’t remember a crisis or refugee group where modern technology played such a role,” Šunjić said.

As refugees from Syria continue to flow into Europe, aid organizations are gearing up for what promises to be a difficult winter.

Emily Eros, ‎a GIS mapping officer with the American Red Cross, said her organization is working on the basics like providing food, water and shelter, but it’s also helping refugees stay connected. “It’s a little bit difficult because it’s not just a matter of getting a wifi station up, it’s also a matter of having someone there who’s able to fix it if something goes wrong,” she said.

The new demands are equally critical and challenging to meet, said Kate Coyer, director of the Civil Society and Technology project at Central European University in Hungary, which is also helping to provide refugees with charging stations and wifi hotspots.

As borders and routes constantly change, it becomes both more important and more difficult for refugees and aid organizations alike to share information.

Access to technology, information and communication, Šunjić said, is beginning to be regarded as a basic of humanitarian aid. Of refugees who have no way to stay in touch, said Šunjić, “one of the first things they buy when they come to Western countries is mobile phones.”

Featured in: Marketplace for Monday, November 9, 2015

Photo Credits: AKOVOS HATZISTAVROU/AFP/Getty Images “Refugees use mobile phones to take pictures of a map upon their arrival on the Greek island of Lesbos after crossing the Aegean sea from Turkey on September 21, 2015“. 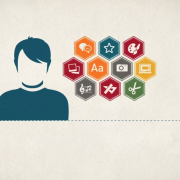 Open Badges, a new digital standard to get recognition for skills you learn 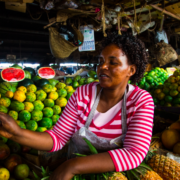 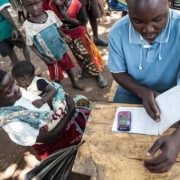 Birth registration is a child’s right 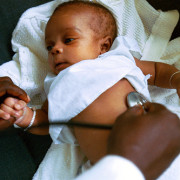 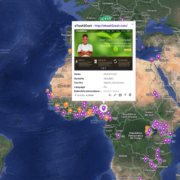 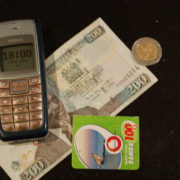 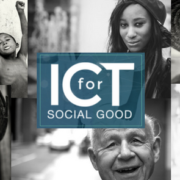 ICT for Social Good: a grant for local innovators
6 replies